Since I have hiked San Gabriel several times, I thought I would ride my bike. The route is via the USFS paved road to the saddle (5781 ft) of Mt Disappointment, then a short hike with 400 feet elevation gain to San Gabriel. The Mt Disappointment road is about a third of a mile up the Mt Wilson Road from the Red Box picnic area (intersection of Mt Wilson Road and Angeles Crest Highway). The ride starts at 4740 ft, and is 2.9 miles to the saddle, so the grade is about 7% on average.

I parked the Jeep at the Mt Disappointment road, had some coffee, then took the bike off the rack and packed the radio gear. The first 0.7 miles was the steepest, but it was OK and I did it without having to get off the bike and push. After that the grade eases off a lot. Temperature was 46F, no wind (which is why I selected this morning to ride)

At the top of the first switchback at 0.7 miles 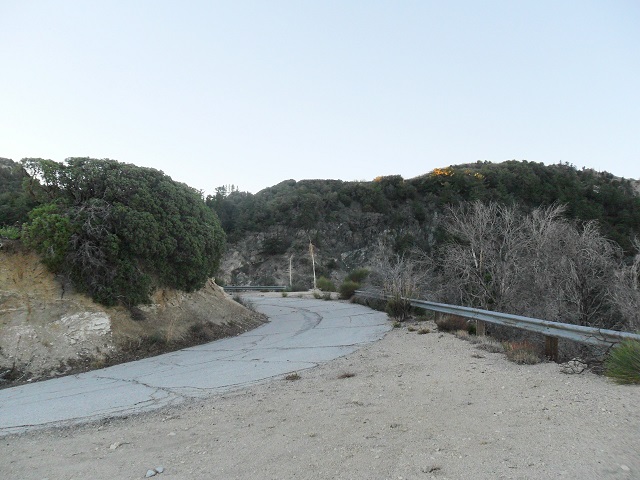 The grade is easier now 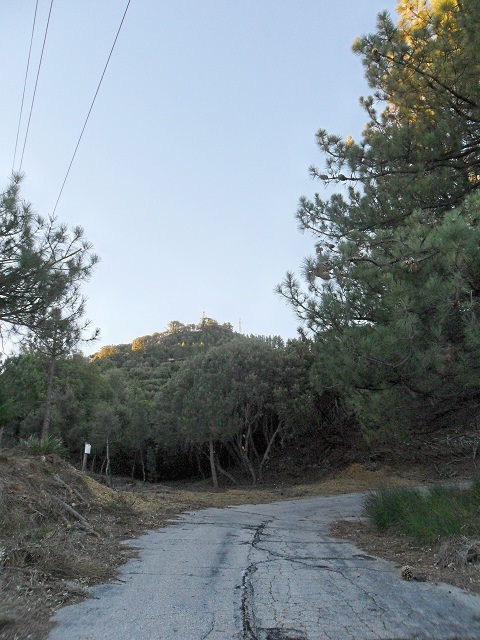 Took 50 minutes to get to the saddle, then walked the bike down hill about 50 feet and left it by the side of the trail

Just under 20 minutes to the summit of San Gabriel, and set up the station. First contact was Charles KM6CEM on 2m FM. There was RFI from Mt Wilson so I didn’t set up the j-pole, since that would just increase the noise into the HT. Just used the rubber duck.

Conditions were pretty good. QSO with CU3AA in the Azores again, with his CW hard to copy due to multipath slurring the characters together! Interesting propagation paths!

Some hikers arrived at the summit, so my 30m operation got abbreviated a little as I talked with them. The headed down. 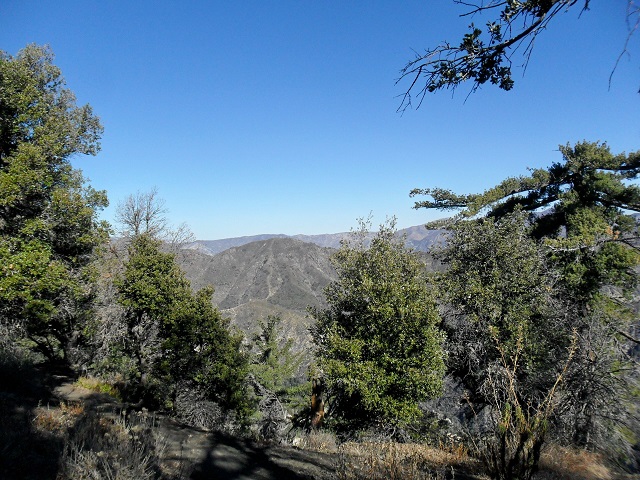 Concrete pads at the saddle. I guess these were for the barracks/admin buildings for the former Nike Ajax radar site at the summit of Mt Disappointment (LA-09). The missiles were located across the valley to the north on Barley Flats ridge.

I had to push the bike the last part of the road to the top, it was too steep. Then flat at the top, with comm gear all around. San Gabriel Peak in the background 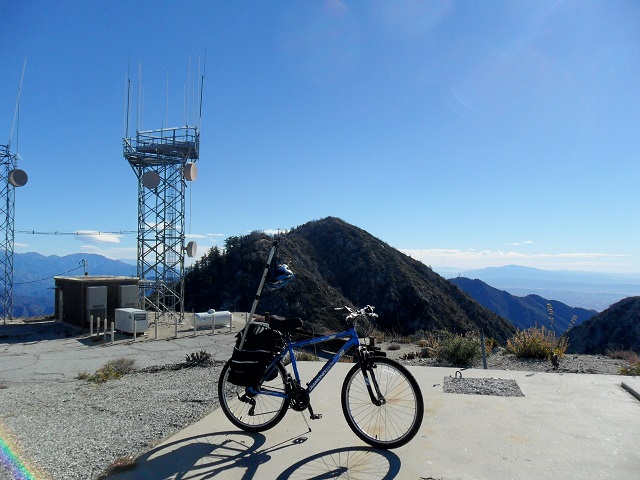 View looking down to the south towards LA. I had a Clif Bar here. I have read that Mt Disappointment got its name from the original Army survey team back in the day. They arrived at the top only to find they would have to get over to San Gabriel which is higher!

Josephine Peak is closest, Iron Mountain (W6 CT-024) behind, with white scar on its shoulder.

Packed the bike onto the Jeep. Stopped at Red Box and had some coffee from the Thermos flask. Chatted with two young guys, Dave and Mike. Dave was from North Carolina and visiting, they hadn’t been up here before. They wanted to see the snow-covered mountains better, so I suggested they go for a hike on Mt Waterman from Buckhorn Day Use area up the Mt Waterman trail to the saddle at the top of Buckhorn Canyon (about 35 minutes), then stop for a beer at Newcomb’s on the way back!

The "Art" of an American Surviving in Small Town Russia

Nobody Hikes in LA

The Wall Will Fall

Where mainstream media fears to tread

W6-SOTA California Summits on the Air

Summits on the air in the W6 Association

One Hike A Day

Working to ban modified hydrofluoric acid in the South Bay